Derek provides a complete portfolio of Occupational Safety & Health-related services as a partner in the OSHA practice group. He offers customized training packages for safety teams, consultations on OSHA compliance, advice and recommendations during an inspection, and the litigation services needed to successfully defend against citations. Derek can assist you on OSHA enforcement topics, such as: machine guarding; fall protection; lock-out/tag-out (LOTO); process safety management (PSM); reporting and recording injuries and illnesses; walking-working surfaces; ergonomics and medical management; personal protective equipment (PPE); OSHA’s enforcement of restroom breaks, and many other areas. 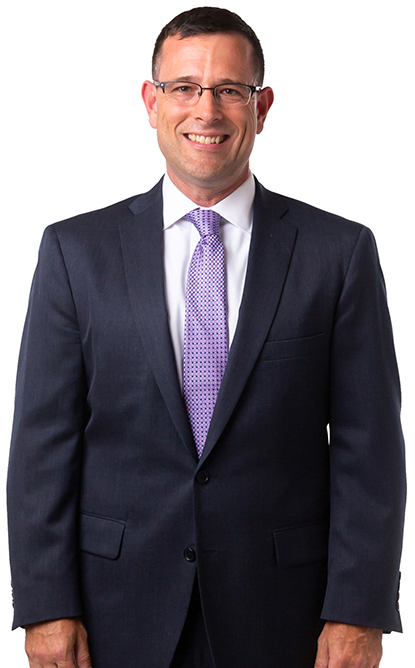 Derek has authored several articles in the area of criminal law and procedure:

Derek Will Fight For Your Rights.

Derek’s OSHA practice is nationwide, and his clients can reach him quickly and easily. He has a reputation for understanding his clients’ unique concerns and passionately advocating for them. He has litigated OSHA cases in 9 of the 10 Federal OSHA Regions, and many of the State OSHA plans across the country. As a retired Marine Corps Lieutenant Colonel, Derek brings discipline, commitment, and a willingness to fight to his relationships with clients. After starting his Marine service as an artillery officer, Derek was selected by the Marine Corps to attend Law School at the College of William & Mary. He spent thirteen years as a Marine Judge Advocate with assignments in Afghanistan and at the Pentagon. He prosecuted and defended criminal cases, was a criminal law professor focused on Fourth Amendment protections, and worked on policy matters at the Pentagon. Derek joined the Wharton Aldhizer & Weaver team when he retired from the Marine Corps in 2014 after 20 years of distinguished military service. When he is not working on OSHA inspection cases, Derek likes to play golf, trail run, spend time with his family, try to tire out his black lab, and watch sports. Born and raised in Syracuse, New York, Derek still wonders why the Central New York delicacy known as “salt potatoes” has not become America’s favorite summer picnic food.