Virginia Business’ Legal Elite recently recognized Harrisonburg lawyer Lucas Pangle for his superb work on Appellate Law cases in Virginia. Pangle is an Associate Attorney at Wharton Aldhizer & Weaver, where he works with individual and corporate clients to handle their legal needs. Lucas is a valued member of the W.A.W. team with more than five years of experience and the strong mentorship of leading attorneys in the Shenandoah Valley. 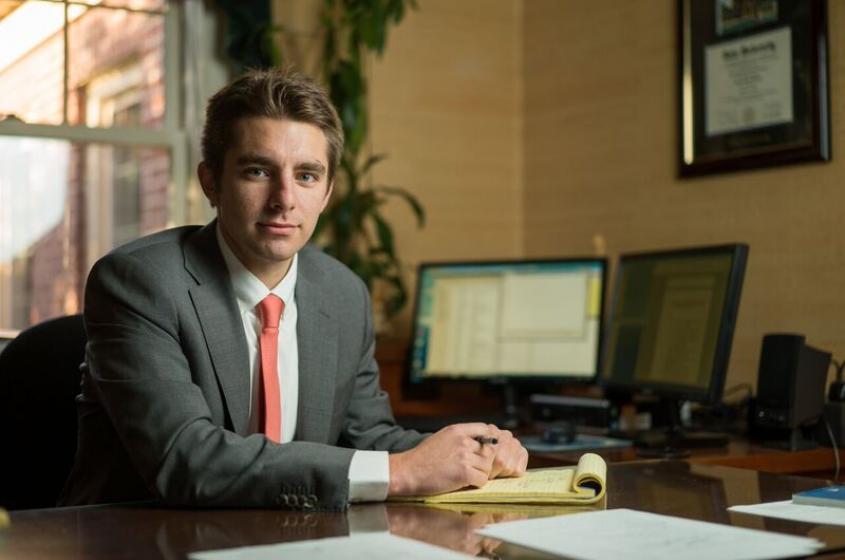 Virginia Business’ Legal Elite has been highlighting top-performing Virginia attorneys since 2000. This year, they reached out to 14,000 VA lawyers and 50 law firms for nominations and online voting. In response to the award, Lucas stated, “I am honored to be listed with such well-respected attorneys and to receive the endorsement of my peers and colleagues. It means the world to me.” The publication listed both Pangle and Of Counsel at W.A.W, Marshall Yoder.

Pangle has enjoyed the diverse cases he’s contributed to as a legal team member at Wharton Aldhizer & Weaver. While he primarily focuses on OSHA and corporate law, he enjoyed working with Jeff Adams to challenge Virginia’s incumbent protection act, which allowed a sitting officeholder to choose the method of nomination in an upcoming election. That case provided a real-world conceptualization of the impact of election law in Virginia.

A Shenandoah Valley Native Committed To His Community.