Welcoming The Newest Staunton Lawyer To Our Team!

You are here: Home1 / News2 / Attorney3 / Welcoming The Newest Staunton Lawyer To Our Team!

2022 has been a successful year at Wharton Aldhizer & Weaver, and we’re pleased to announce the newest Staunton lawyer to our team – Nicholas Dudley. Nicholas joins us after clerking for the Norfolk Circuit Court for one year after graduating from the University of Virginia School of Law. After attending a top-tier law school, he is immensely qualified to support our partners and associates in representing our valued clients.

Nicholas Is An Experienced Communicator Versed In Legalese.

Nicholas brings strong verbal and written communication skills to his position at Wharton Aldhizer & Weaver. While studying for his undergraduate degree at Texas A&M and his law degree at UVA, he interned and worked for several law firms, the Office of the Attorney General of Texas and the Albemarle County Commonwealth’s Attorney’s Office. These experiences allowed him to expand and hone his communication skills, becoming an incredibly effective writer. While working for the Norfolk Circuit Court, he drafted orders of opinions for the court’s dedicated judges, who could feel confident that the material was clearly conveyed and highly researched. Some notable issues included LLC membership
disputes and appointment of Estate Adminstrators. 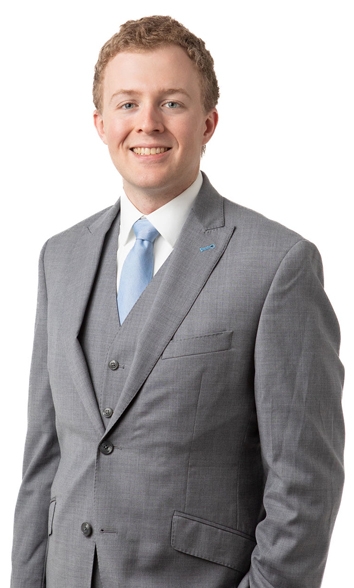 Diverse Legal Experiences Are A Benefit To Our Clients.

Working on both sides of the aisle gives Nicholas a broader perspective on the legal needs of his clients. After working for the Attorney General of TX, the Commonwealth Attorneys Office in Albemarle County, the Norfolk Circuit Court and a full-service law firm, he understands the legal needs of individuals and businesses intimately. He looks forward to working with the partners and associates at Wharton Aldhizer & Weaver as he continues to refine his practice and expand his expertise. Nicholas is excited to move to Staunton with his wife and check out the local hiking trails. He also enjoys cooking, reading and playing the piano. Join us in welcoming our newest Staunton lawyer, Nicholas Dudley!